Today is Friday, April 6th and I am on the road for a week only yet. Although, it feels like weeks already. Unbelievable how fast I forget any feeling for time.

It is the first full weekend in April, one week after Easter, and finally, it is time for diving into the Wrestling Zone entirely. I mean, that is why I am here in New Orleans. 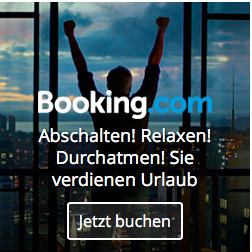 It is WrestleMania weekend, and I will attend as many Wrestling shows as possible.

Because of that, my day started not very spectacular. I needed to do some work, I took care of a few blogging related things, and then it was already time for my Fan Axxess session.

In the past years, my WrestleMania weekend started the same week. I arrived, took a look at the WWE Superstore, which I did yesterday already, and on Friday, it is usually the day for the WWE Hall of Fame introduction ceremony. In former times, I used to buy the Travel Package of WWE, as it is the most convenient, but also expensive, way to attend all the shows, get a hotel and usually free transport to the venues or a gift card for a restaurant or other goodies. This year I was not interested in accommodation, as I stay longer than WrestleMania and I did not want to move from one place to another, and I did not want to go to the Hall of Fame. That is why I booked everything by myself and not via WWE. My schedule looks a bit different this year.

Well, instead of two different Fan Axxess sessions, which would have been included in the Travel Package, I considered to not attend any of them. But in the end, my Wrestling heart won, and I bought a ticket for one session only. For tonight! I skipped the Hall of Fame ceremony and attended the Fan Axxess instead, which was a good idea, I found afterward.

Because of everyone else, especially, the Travel Package Fans where at Hall of Fame anyway, the session was not as crowded and packed as the sessions which I attended in the previous years. The queues for the Superstar signings were not half as long as usual and even I, who hate waiting, thought about queuing here and there for a picture with Johnny Gargano or Pete Dunne.

Fan Axxess on a Friday is not as packed as on Saturday! Usually, the Saturday afternoon show is the most popular one…

Additionally, to the signings, you can also take a look at several memorabilia like different ring gear of Jeff Jarett, or Ivory. Or discover how the various title belts looked like in the past and today. A lot of gaming and photo options including an entrance performance and comment a Wrestling match were available. In my opinion, the highlight of each Axxess session are the NXT matches. Since NXT exists they are always taping matches for their shows, and you can watch them. And I a here, to see as much In-Ring action as possible.

When the session closed, I went home to see if I can catch anything from the Hall of Fame. Usually, they take a bit longer than expected in the first place. So they did this time, and I was able to watch the last two inductees on the WWE network; Mark Henry and Goldberg.

That was my day, less sightseeing and discover New Orleans, more Wrestling action! And it will continue tomorrow! Cannot wait!

Do you want to experience WrestleMania week yourself? Fill out the form below and we can talk about WrestleMania 35!