It is Saturday and the day when my good old friends from Rhode Island arrive in New Orleans. They are here for WrestleMania, too. They do this the 11th time in a row. So, with my total six times, I am not doing that bad.

No exception this year, they are finally here, and I believe we will have a blast together. Reviving old memories of Wrestling and the Bourbon Street, and making new ones.

Poppy´s Crazy Lobster, which I already visited a few times, is the place where we met the first time, and I thought this could be an excellent place to meet up again today. It worked. All of us knew where to go and where to find each other.

We had a few drinks, Oysters and Gator Bites (I made it to Hurricane Category 4 this time), and another glass at Manning´s. By the way, the Manning´s is the restaurant and sports bar of Archie Manning, the father of Cooper, Peyton, and Eli Manning the famous NFL Quarterbacks. Do you want to know where they live? Read about it in the post about Day 7 – The Garden District and Algiers Point.

Even the Manning´s are in Wrestling mood, their signature cocktail of the weekend is the “Attitude Adjustment,” one of the finishing moves of John Cena. It was pretty good. Better than expected. It contains Balck Berries and Jalapenos. A weird but delicious mixture. 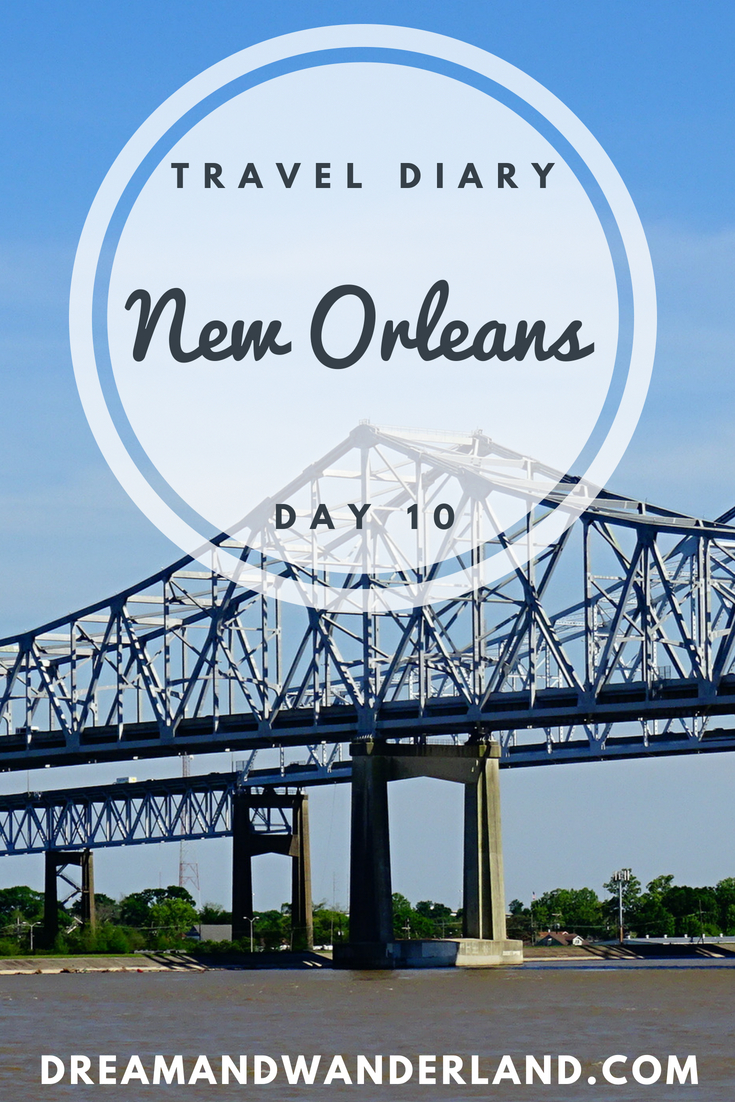 The last drink for that moment, as I had to leave to be in time for NXT Takeover New Orleans at the Smoothie King Center. It is a roughly 20 minutes walk ad it was about starting to rain, which was not much fun. Do you want to know how the show was? Switch over to Wander and Wrestleland and read more about the show itself.

After NXT, there was another Wrestling show. Every year other Wrestling Promotions take the chance and have shows of themselves around the WrestleMania weekend. Of course, they try to catch some WWE fans for their shows to gain popularity and also make money. Like heaven for each Wrestling fan.

After NXT I met up with my new Irish friend, who I met a couple of days ago here in New Orleans, who already watched five different Wrestling shows during the day and attended the next one as well. We both walked back to The Sugar Mill, which is located opposite of the Convention Center, for the last show for tonight; House of Hardcore! More information are here!

It was around 2 a.m. when this show came to an end. That was a lot of Wrestling today, but it was so satisfying. At least, for me as a Wrestling fan.

As it was starting rain again and I was tired, and it was freaking cold tonight, I took a taxi cab for the first time I am here. About 12 dollars from the Convention Center to Henriette Delille St, where I live. It is not too bad.

Again it was a lot of Wrestling going on today, and I do not want to bore you with all the details. If you are a Wrestling fan or interested to get a glimpse of being a fan, you can get all the details about the shows here.

Only one more time to sleep and it is time for WRESTLEMANIA 34!