The time has come! My vacation from the vacation is over. It was what I needed! After the kicking it off with some history of the Mayflower in Plymouth, the busy but inspiring time with the conference in Medellín, and a bit too touristy city of Cartagena, it was the right place for me. The lonely, calm, and peaceful Montauk, with the ocean in front of me, and the lovely little guesthouse*. I already said goodbye yesterday, so I was not too sad that the weather was not as sunny as it was the past days.

It was like Montauk would know that I leave today! It went terrible with a grey sky, winds, rain, and a rough ocean with high waves. Probably! 😉

I left after breakfast! One last time, watching the sea while having some fruits and cereals.

Well, the plan for today was going into the city, visiting central park capturing some beautiful fall pictures. Fortunately, the weather got better as nearer I came to New York City.

Initially, I wanted to spend the whole day there, to cross off a few points from my bucket list. However, I assumed that the traffic would be nuts, and would cost me too many minutes to get in and out, so I decided to go to Central Park only!

So it was! It drove me crazy! Too many cars, crossing the lines from right to left and back, and it was just a nightmare! I knew it had a reason why I usually get around by feet or underground while I am in NYC. There are a few more reasons why I do not like New York City that much, at least, not for staying more than three or four days. Click here if you want to know more details about “Why I hate New York City.”

Anyway, I headed to Central Park and hoped for the best. I found a parking garage, as parking on the street was crazy as the driving was. Probably, the most expensive garage ever! At least, it was just one street across Central Park.

It looks like this weekend; the New York Marathon takes place there. They almost finished the preparations for the great day. That is why I could not go everywhere because they prepared some barriers to the running route. Never, I have imagined that I would be close to the New York Marathon!

Nevertheless, I found my way, and some pretty photo spots, like the skyline of Manhattan, an ice rink with ice skating people in t-shirts. It was unbelievable hot in NYC that day, and it was at the beginning of November. The walk was an enjoyable experience, and I also could tick off a few things from my bucket list, like visiting Central Park during the fall foliage! Next time, I probably can see it during the blossom in Springtime! 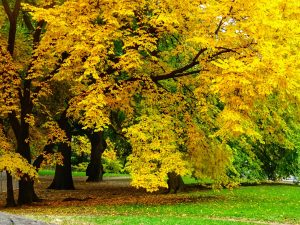 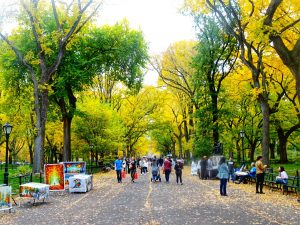 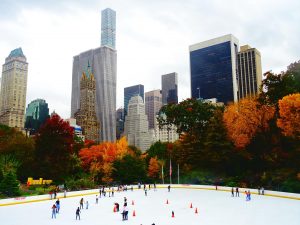 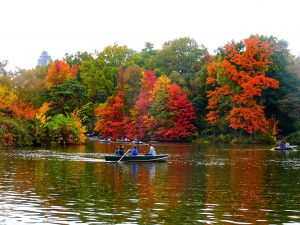 One and a half hour later, strolling through the park, I went back to my car. When the traffic was as horrible to get out as it was to get into the city, it would take a while until I left NYC behind me and could head to Newburgh.

Why I chose Newburgh* for my last destination? Because I will fly out from there on Sunday!

And it was a lucky decision! Otherwise, I would not have seen the Hudson River Valley and its Parkway. It was the most beautiful route I had seen since my Indian Summer road trip two years ago. The fall foliage here was already in its prime and with each meter I drove I wondered more and more about this beauty. Too bad that I could not just stop and take some pictures. Even Central Park could not compete with it! 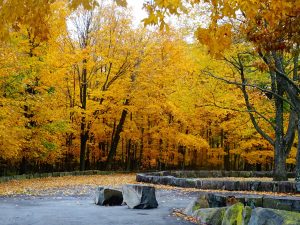 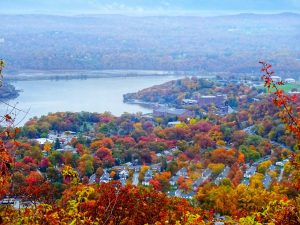 Cannot wait until tomorrow to explore more of this area!