Where To Find The Replicas Of The Statue Of Liberty In New York City?

Did you know that the Statue of Liberty in New York on Ellis Island is not the only one?

All over the world there exists copies, replicas, and different versions of it. There are several ones in France. As the hometown of the father of the Ellis Island statue is Colmar, it is no big surprise that there are several Statues of Liberty in France. For instance, Paris has at least four copies, samples, and other versions of the Statue of Liberty. Also, we in Germany have some. Even Ireland has its Statue of Liberty.

So does New York City. Besides the original Lady Liberty, it is home of five different versions as well, at least, as far as I know. And in the following article, I will tell you where to find the replicas of the Statue of Liberty in New York City. 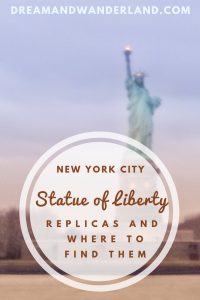 It is a slightly different sightseeing tour. This journey was part of one of my vacations, and I had a one-day stopover in New York City. So what to do with these 24 hours? Of course, you could try to visit all the main attractions like Times Square, the One World Center, and other typical New York sites. But you will not have enough time to see them all! Good, if you have one or more weird obsession.

That is why I focused on finding them. The best of this tour was that I combined it with visiting some of the best museums like The Met and The Brooklyn Museum. Perfect, that I got myself a GoCity Card*, which allowed me to save a bunch on entrance fees, and to build my the pass with three attractions of my own choice. Isn´t that awesome, is it?

New York City – And The Little Sisters Of Lady Liberty And Where To Find Them?

There are four versions besides the original in New York City. Plus one lego version at FAO Schwartz. In 2012 there was an exhibition with 60 replicas. They all were painted with the colors of each of the 60 baseball teams of the US. That is so incredible and crazy!

Come with me on tour through New York City and explore where to find the replicas of the Statue of Liberty. But first things first. Let us kick off our day in New York with a visit of the original one. 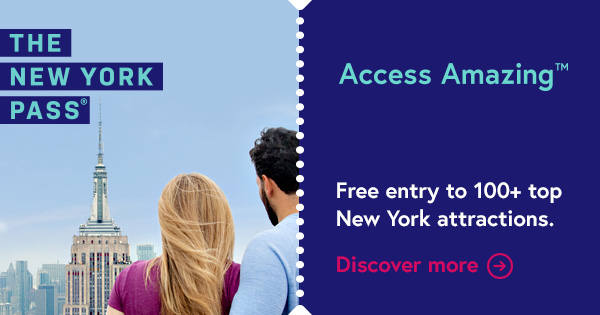 Ellis Island And The Statue Of Liberty

Visiting the Statue of Liberty on Ellis Island is on almost everyone’s bucket list, and a must do on each New York trip. By the way, the sculptor was Frédéric Auguste Bartholdi (1834-1904) who lived in Colmar, France, where you can visit the Bartholdi Museum and learn about the sculpturing process of the Statue of Liberty. But that is a different story and probably worth a separate blog post.

Take the chance of a tour to Ellis Island, visit the Statue of Liberty, and learn everything about its secrets. One way, with the ferry, takes about 45 minutes. Do your thing at the island, have a closer look at Lady Liberty, maybe go to the top of the statue and enjoy the view.

Another option and a cheaper one, too, is taking the ferry to Staten Island. It is entirely for free, and you can see the Statue of Liberty from the boat. Unfortunately, you cannot stop and leave it to visit Ellis Island directly. But if you are happy with taking some pictures from a distance, this is the perfect opportunity. 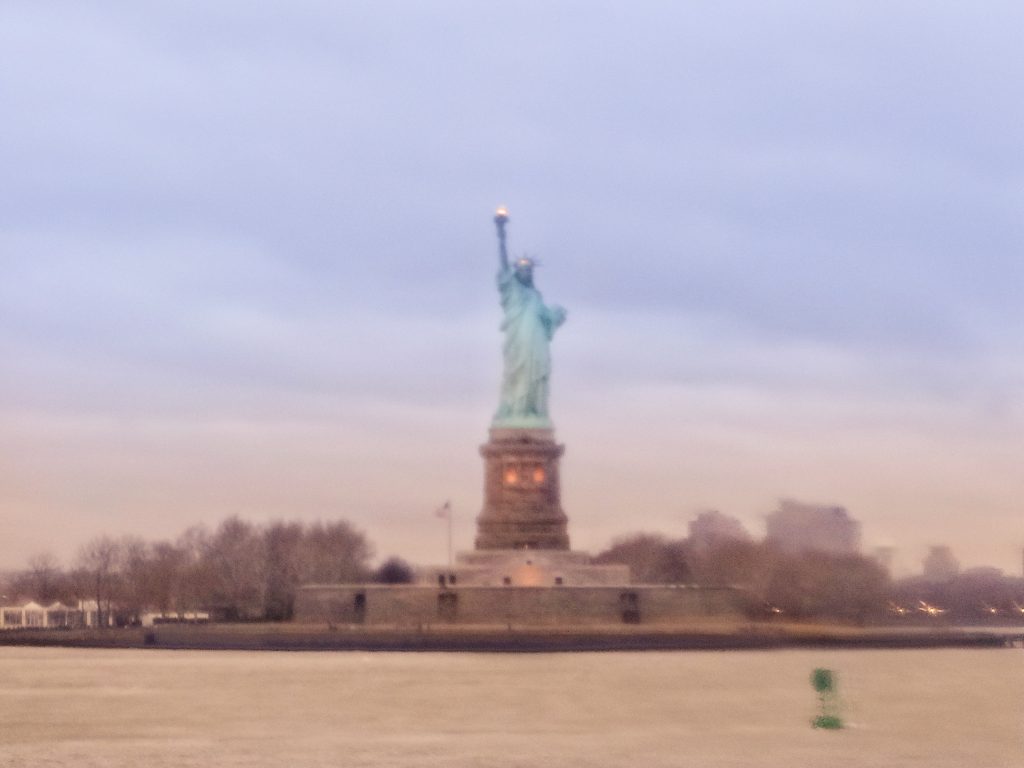 As soon as your back from Ellis Island, it is time to stroll the streets of Manhattan and find the next little statue. You will see one more replica of the Statue of Liberty in front of the entrance of the building at 667 Madison Avenue. The bronze sculpture is the original plaster from which the statue on Ellis Island was scaled. Leonard Stern installed this replica in 2011. It is a salute to American democracy and the legacy of the French-American alliance. His father immigrated in 1926 and often remembered to the moment when he sighted the Statue of Liberty when the ship entered New York Harbor. 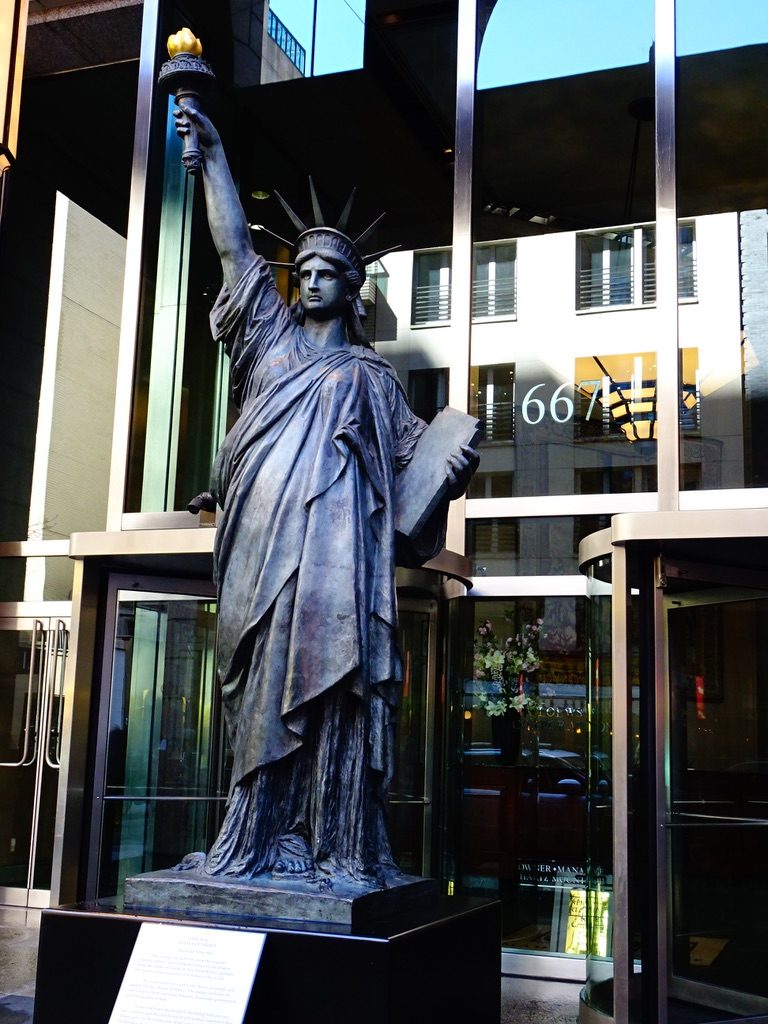 I am not sure if this counts as a real replica, but at least it is fun to see. FAO Schwartz, the largest toy shop in New York City, is home of a Lego version of the Statue of Liberty. At least, they had at Christmas time 2014. Unfortunately, during my visit in 2018, I had not enough time to find out, if the Lego statue still exists.

Maybe you can let me know when you are in New York yourself. Have a look at Schwartz, at the new location, 30 Rockefeller Plaza, and let me know if it is still there.

Here is a picture of it, how it looked in 2014. Even without the statue, Schwartz is worth a visit, also if you do not want to buy any toys. 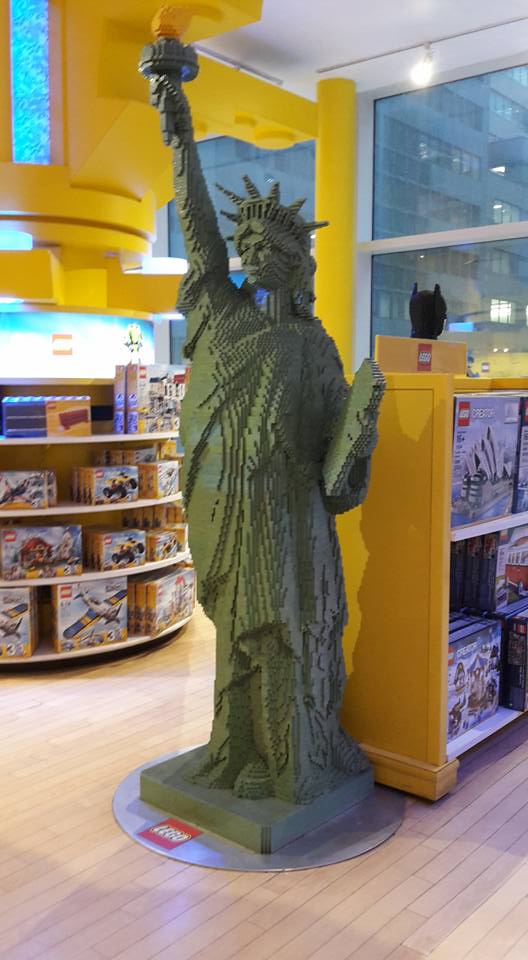 After walking in the streets of Manhattan, and a stop at a paradise of a toy store, it is time for history and art. The Met Art Museum is a museum Mekka for museum lovers and has the most impressive Egypt collection I have ever seen besides the one in the Louvre in Paris.

The replica at the Met museum is shown in room 956 as part of the European Art Exhibition. And a short visit of this section would fit into a one-day replica adventure. 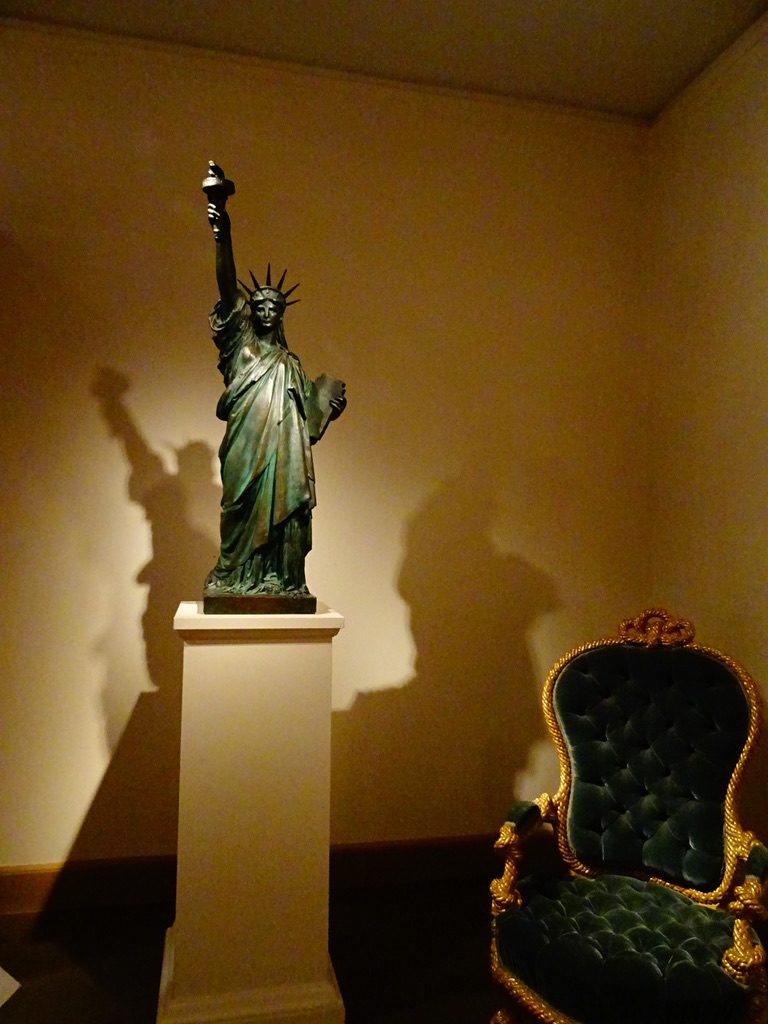 If you like to see more of the museum and discover all the other exhibitions, a few hours are not enough. You probably should plan a couple of days to explore the entire museum.

A ticket to the museum costs 25$ and es; it is part of the offers within the GoCity Card. That way you can save a few dollars on the ticket price.

The next stop on our little sightseeing tour is the Yankee Stadium* in the Bronx. It is half an hour ride with the metro from the Met Museum to the stadium, and it is probably the weirdest location of a replica. I still have not found out why it is there. 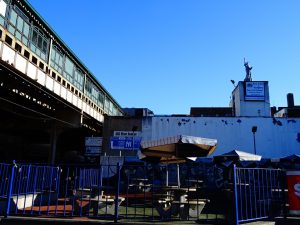 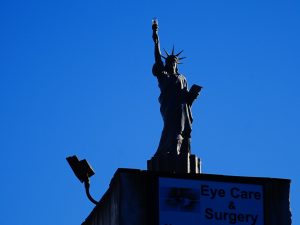 Do you have an idea why? Then please tell me the reason, use the comment section below and leave me your thoughts.

Last but not least, the Brooklyn Museum. Just in case, that you are not interested in the art inside the museum, do not buy a ticket*! You will not find the replica of the Statue of Liberty inside the museum. Instead, go to the parking lot. It should be free as long as you do not want to park your car there. Just go ahead, and you cannot miss it. It is the largest version of New York´s replicas stands right in the middle of the parking lot. 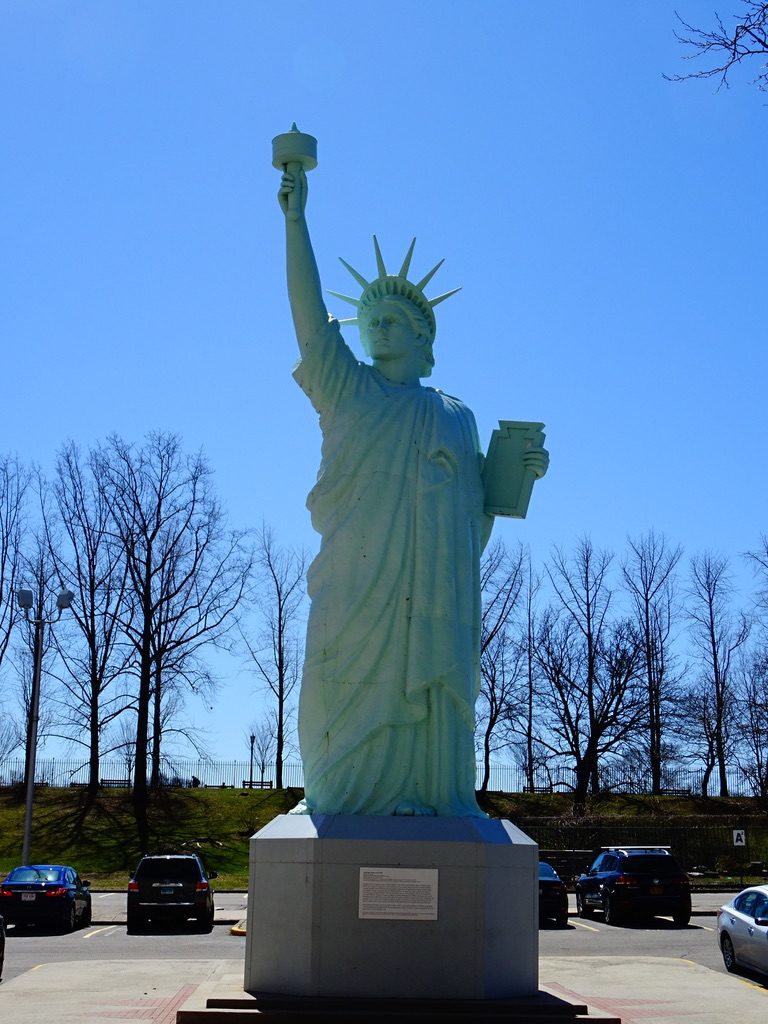 Well, that is the end of our tour. Did you like it? Could you imagine where to find the replicas of the Statue of Liberty in New York City? If you think about New York City, do you know more about them? Let me know about the locations or stories in the comments!

Pin me for later 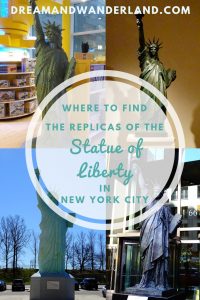