Day 6: From Plymouth to London Heathrow

This morning I got some bad news. I checked the ticket for my train back to London, and the app told me that there are severe disruptions in train traffic in the London area. Some overhead wires are damaged. Brilliant! How the heck, should I go to the airport now???

As I already mentioned in my diary entry yesterday, it seems that England and I will not be good friends. The most trouble I had with traveling, like issues, with trains, subways, planes, I had when London was involved.

Nevertheless, I hope I will find a way to get to the airport on time and will not miss my plane to Colombia. Fortunately, I planned my journey in a way, that I would have arrived at Heathrow about four hours ahead of my flight, which was the right idea because I will have some spare hours. Just in case, that it will take more time than usual. And the train ride from Plymouth to London is not the shortest journey, that is why some extra hours ahead of the flight would be a good idea. And it was!

The good news is, it looks like that there will be a bus service between Reading (one stop before Paddington) and Heathrow. (As this service is a regular one, I should keep that in mind for future travels in England.) Probably, I will have a chance to make it somehow! Fingers crossed! The one way or the other, I would make it to Heathrow on time!

Update on my train status: so far it seems, that they can manage to clear the train lines by the time that my train should arrive in London, what would around 4 p.m. If this is true, we could go to London Paddington, and even some of the Heathrow Express lines will be available by then. Hopefully, this is true, and also the routes to Heathrow will be cleared by the time that I will arrive in London.

However, I tried to not think about what will happen when we do not make it to London. Instead, I enjoyed the view and the English landscape. 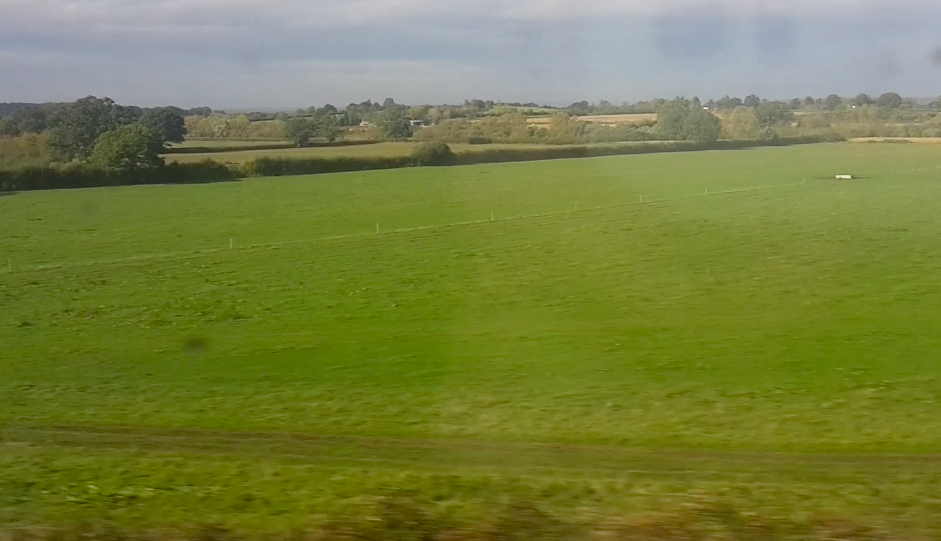 Eventually, my train was confirmed to go to London Paddington, so I was pretty relieved to hear that because it meant that when we make to Paddington, the one or the other train to Heathrow will make it as well. So it did. I caught a Heathrow Express and was at the airport half an hour earlier than planned. 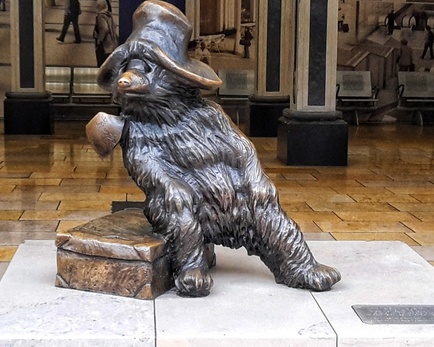 Heathrow, Here I Am (With A Panic Attack)

Arrived at the airport, I immediately got my bag checked in (yeah, the flight to Colombia* has all necessary amenities included; checked bags, something to eat, and ENTERTAINMENT! Woohoo!) and went through security.

Suddenly I started to freak out. I got scared. For a second I even considered turning around. To stay the next three weeks here in England or go home, or whatever. It felt, as it did the very first time, back in 2014, when I went on my very first solo trip. I was so nervous! From that point onwards, that my bag was checked in.

I still had good three hours until departure, and it would not get better. I hoped that something to eat would calm down my stomach, so I ate something. Unfortunately, it did not help. I was still full of fear that anything would go wrong, that I will not understand a word. That I will not find a way to go from the airport to my hostel in Medellín, or simply as I will not like it.

And no one was there to talk to or calm me down. Although my best friend did her best, while messaged me and I messaged back, she was too far away. I mean, I survived two weeks driving in Cuba, earlier this year, when the street and almost my car got flooded, so this upcoming adventure should not be such an issue for, but somehow…

I hope it will be better as soon as I arrived at the hostel in Medellín*.

This will be also such a story… How to get from the airport to the hostel? OMG! *FREAKOUT*

However, as I said in my post about “Reasons For Traveling Alone”: “you can have fear, but it should not stop you!”