Long story short! Same routine as yesterday! Meeting up at the workshops place, driving over to Casa Teatro by the shuttle bus, coffee, fruits, chatting with the other attendees, conference, breakout session, more conference, and a few very exciting announcements!

Next year´s conference will take place in Wellington, New Zealand! Damn, that would fit again perfect in my schedule for visiting the continents! And a flash sale is open for the tickets for the next 48 hours. Nevertheless, I am not quite sure if I should attend next year! To be honest, I would like to go to Tasmania in 2019. As it is on the other side of the world, from my European perspective and the flight is very long, I would like to spend as much time there as possible, without sharing it with other destinations. I could do New Zealand instead, but for some unknown reasons, I prefer Tasmania! And I do not want that my decision will be influenced because of a conference.

The next year will show, how it will work out for! If there is a possibility to do both, I am sure I would enjoy attending one more time!

In 2022, the 7in7 conference will be held on a ship, while discovering Antarctica! ANTARCTICA! It was already announced last year, and I have set up a saving plan as well! But, it is two years later than I planned that for myself! However, just in case, that I will not make it in 2020 to Antarctica by myself, I will keep that opportunity open for me! That would be awesome! A bunch of nomads, on a ship going to Antarctica… Could you believe that?

Day Two Is Coming To An End

When the conference came to an end, we went back to El Poblado* by the shuttle service. There were no more meetups planned for today but a closing party later the evening. Meanwhile, Jen, Chris, and I went for dinner to a place with German Streetfood! Unbelievable! I travel around the world, and have a Currywurst for dinner!

Because it was still early, and the party did not start before 9 p.m., we stopped by at the Chocolate House! I had a hot chocolate, and we shared a Waffle with ice cream and a fabulous chocolate sauce. That one was sooooo delicious! 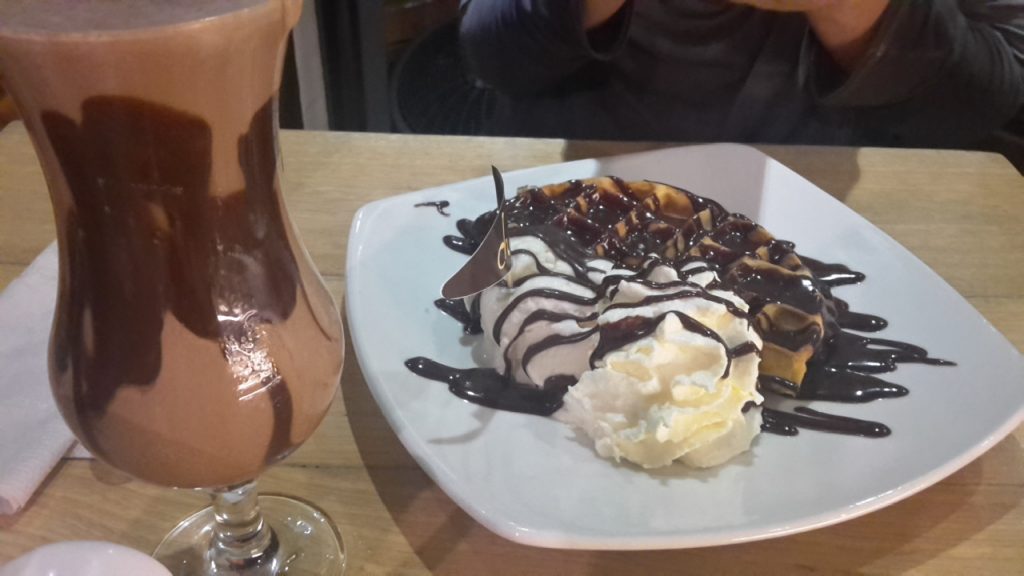 Soon it became 9 p.m., and we went one door further and arrived at the Panorama Rooftop Bar with an inflatable roof, just in case that it was about to rain! Let´s the party get started!!!! I tell you, these people got crazy, including dancing Macarena! Not me, this is one of the worst things you can do to me! I never liked it, and I never will! Ha! Anyway, it was a fun night, and fortunately, this venue was only five minutes walk from my hostel! Yeah!

Let us see what tomorrow will bring!